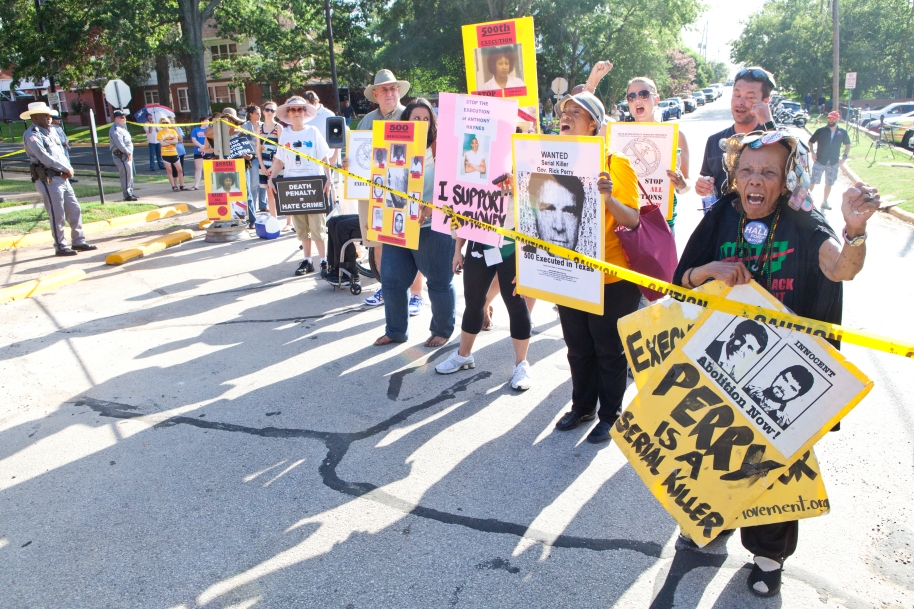 Jean Wilkins Dember, right, protests the execution of Kimberly McCarthy on Wednesday outside the Texas Department of Criminal Justice Huntsville Unit, where the death chamber is located. McCarthy became the 500th person executed in Texas since the state resumed carrying out the death penalty in 1982. The 52-year-old was also the first woman executed in the U.S. since 2010. – See more at: http://itemonline.com/local/x479821338/Woman-executed-for-1997-slaying#sthash.J2luBVTA.dpuf